An Untold Story of The MuttShack

This day was the birthday of Amanda St John and also the birth of The MuttShack Animal Rescue Foundation. The MuttShack  rose out of the desire of this one Los Angeles resident who wanted to save pets on death row at local animal shelters. With the support and aid of her husband Martin, she set out on her simple mission by establishing an animal rescue organization that focused on saving the lives of animals. Plain and simple. In the beginning. 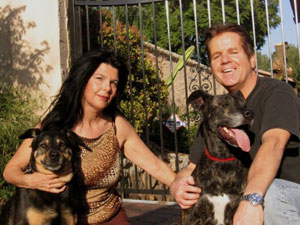 As a friend and initial bystander, I watched The MuttShack unfold and head out on a path that was never imagined by its founder Amanda and partner-husband Martin. At first, I saw her on the streets rescuing stray dogs, posting signs all over the neighborhood to unite them with their family, reaching out on social networks to save dogs on death row at animal shelters, and even witnessed her chasing someone in their car who had just dumped their pet at a high-risk animal shelter.

It was in August of 2005 that things changed forever for The MuttShack. Hurricane Katrina hit New Orleans and people were evacuated leaving their pets behind in what they thought would just be a day. 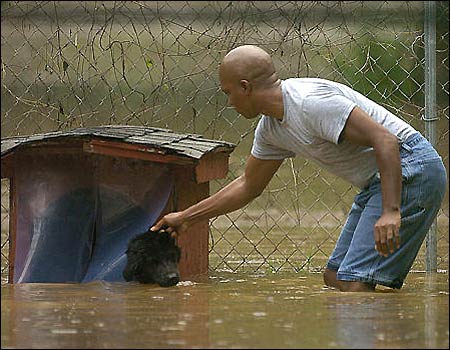 Hearing the news, Amanda packed her bags and headed out to New Orleans leaving Martin behind to help run the rescue operation from home. There was no “preparation time” because she knew that time was critical.

Calling on all her “MuttShackers” who came aboard during the first year, she enlisted the aid of individuals from all over, and MuttShackers grew in numbers throughout California and Louisiana expanding out to New York and Washington and even out over to Africa and South Korea. 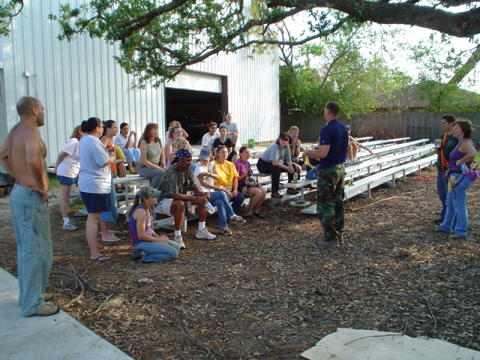 Upon arriving in New Orleans, Amanda and her small band of MuttShackers who rushed out to help on the front lines slept on hard pavement in make-shift sleeping gear. However it wasn’t long before her triage unit found its quarters at a school to provide more shelter. 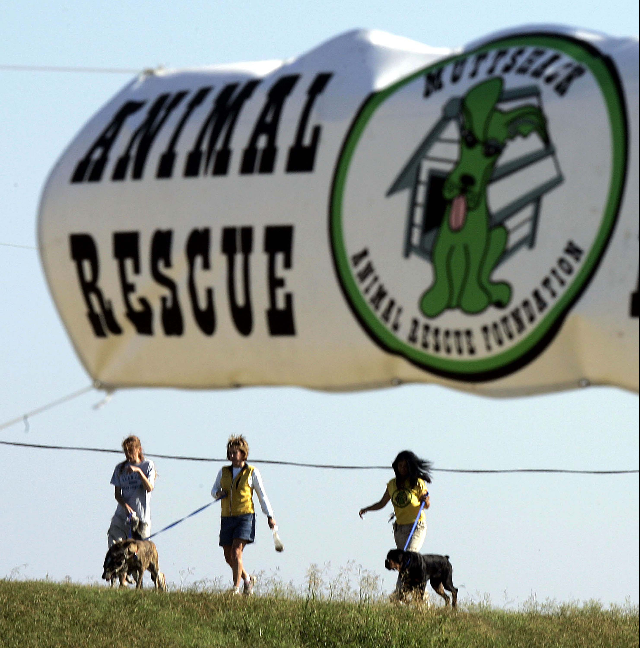 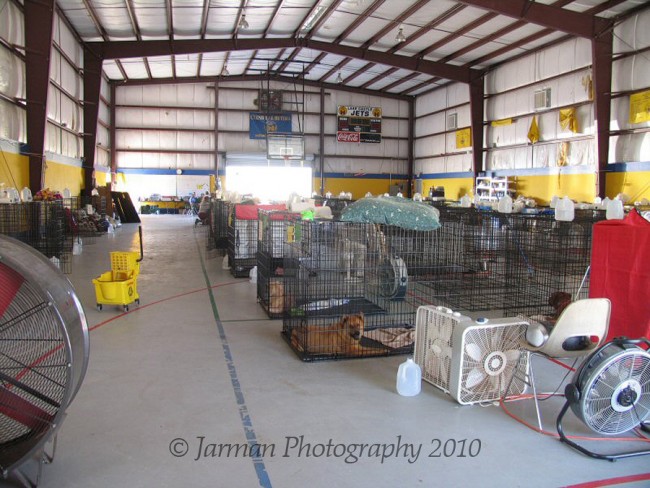 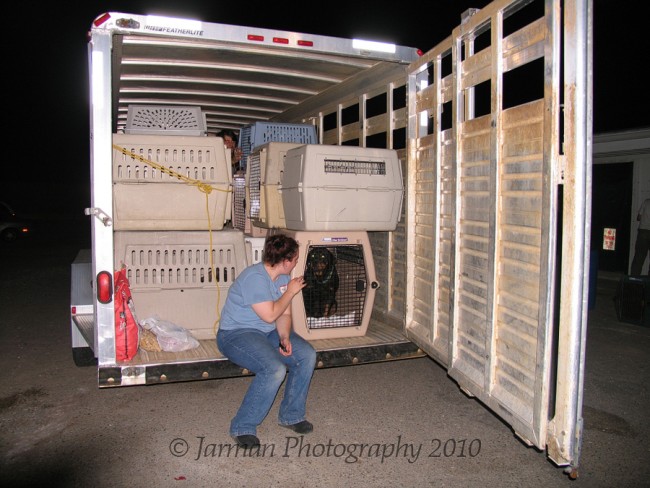 From the home-front, Martin was busy making arrangements for necessary materials and needed supplies. Animal crates were ushered in, some donated by volunteers and pet stores. A water truck arrived to provide drinking water and wash off dogs covered in mud. Pet transports were arranged to take dogs from triage to temporary safety shelters and foster homes.

With the support of donations here and there and volunteers doing whatever they could to help out, it still wasn’t enough to keep up with the demands of what was needed. And it bit into the pockets of Amanda and Martin in a big way.

I personally saw the hardships it was causing on both Amanda and Martin. But I also saw that they were never going to give up either. They just did whatever was necessary to keep the operation going, at all cost.

Over time, the battle to save lives in New Orleans seemed endless. I didn’t see Amanda for one year because her job there didn’t end with saving the lives of over 3,000 abandoned pets.

Although many pets were united with their families, Amanda and Martin made a “Katrina Promise” that this sort of thing would never happen again. In developing “a plan of action” they won a contract with the State of Louisiana to establish pet evacuation procedures in an emergency. 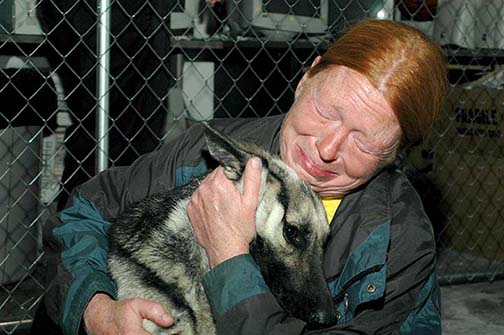 It was actually an amazing feat accomplished here and one that didn’t get a lot of recognition or appreciation. It got some, but not enough to warrant the magnitude of their efforts, and soon died out with passing time, as most things do.

By the time Amanda got home, she was pretty beaten up from all the tribulations she had encountered during her time there. What kept her going I believe was the reward in saving so many lives. I mean, what else could it be?

Grants had fallen through, people writing grants for them took their money and disappeared, and the one small grant finally issued to them months and months later mostly went out to cover the expense of drivers and their transport trucks.

Their cash flow was almost dry. The MuttShack Disaster Response & Animal Rescue organization was depleted of funds to do much else, however their name always came up in a disaster and they always rushed out on the scene to help. That included wild fires in the Los Angeles valley areas, damaged shelters hit by storms, even people who called on them to help find their escaped dog in the basins of the valley.

When Amanda and Martin decided to disband their disaster response efforts, the focus shifted back to the over-crowded, high risk animal shelters. They formed an alliance with Nathan Winograd, author of “Redemption – The No Kill Revolution In America” and set out to promote “no kill shelters”.

In doing so evolved back to efforts of taking dogs out of the high-risk animal shelters and having adoption events to find them new homes with loving families. The MuttShack Dog Adoptions were born and soon established a home at the Petco stores. 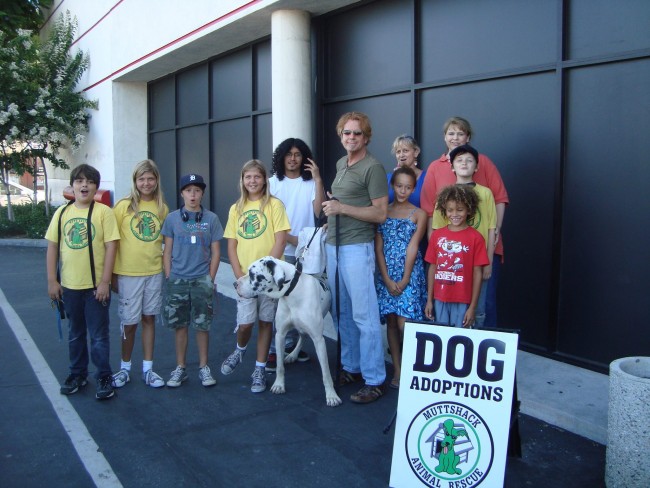 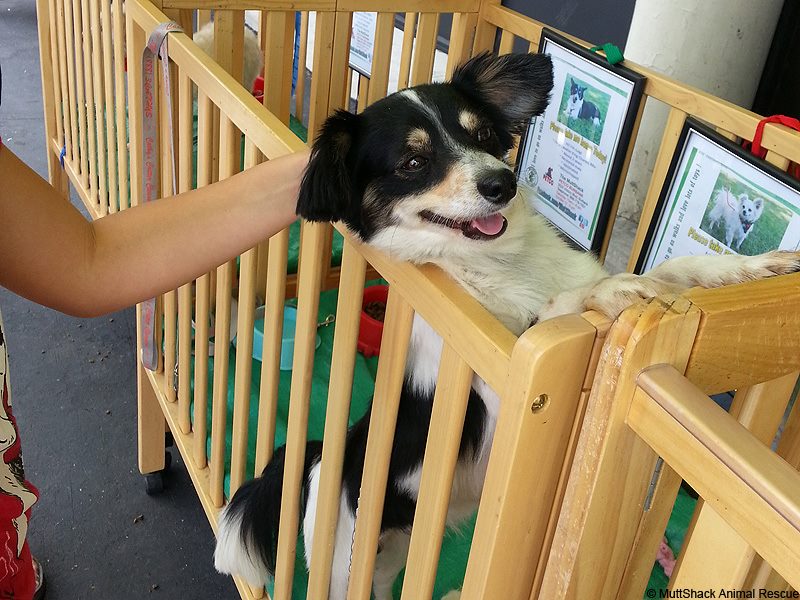 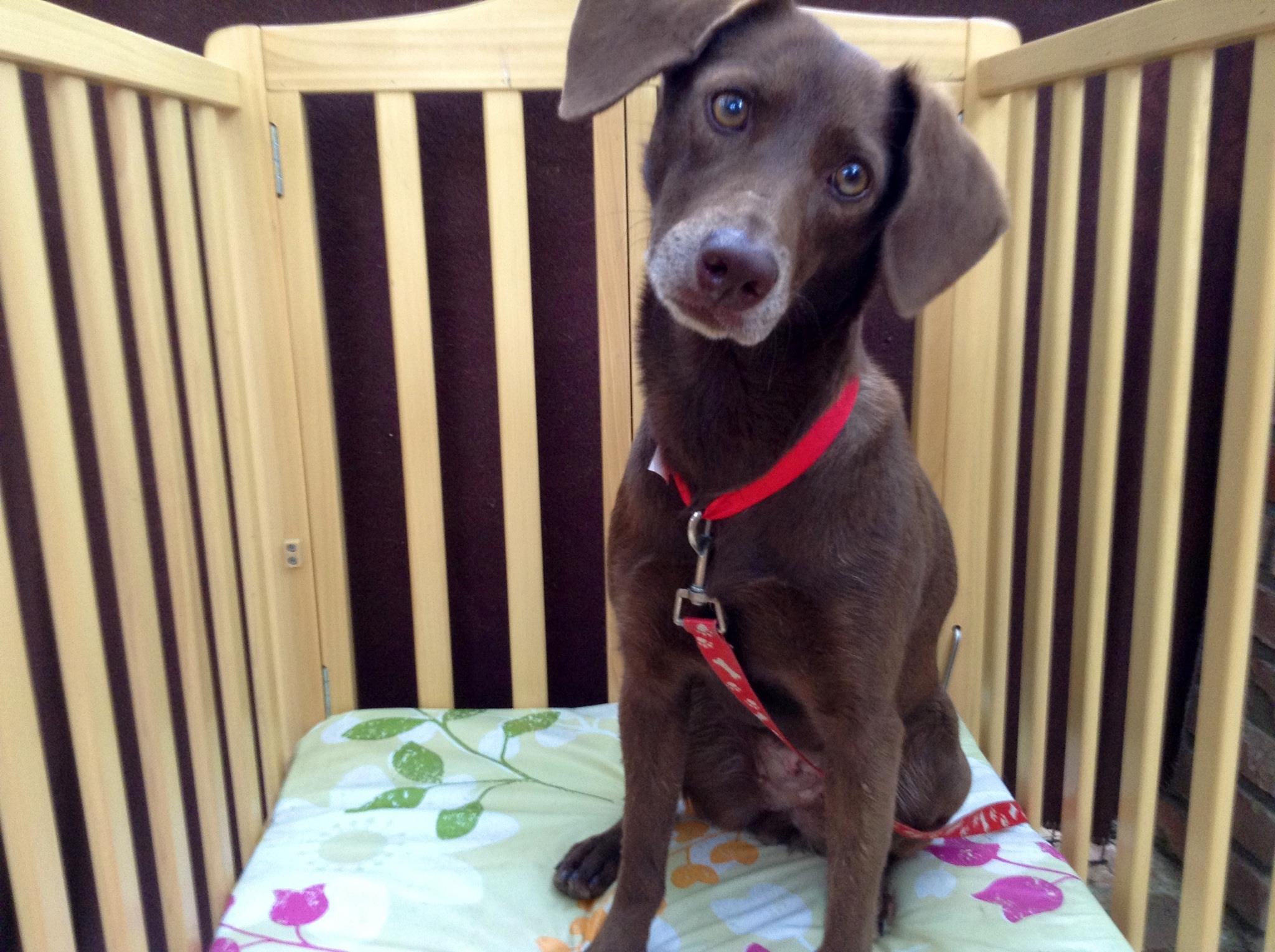 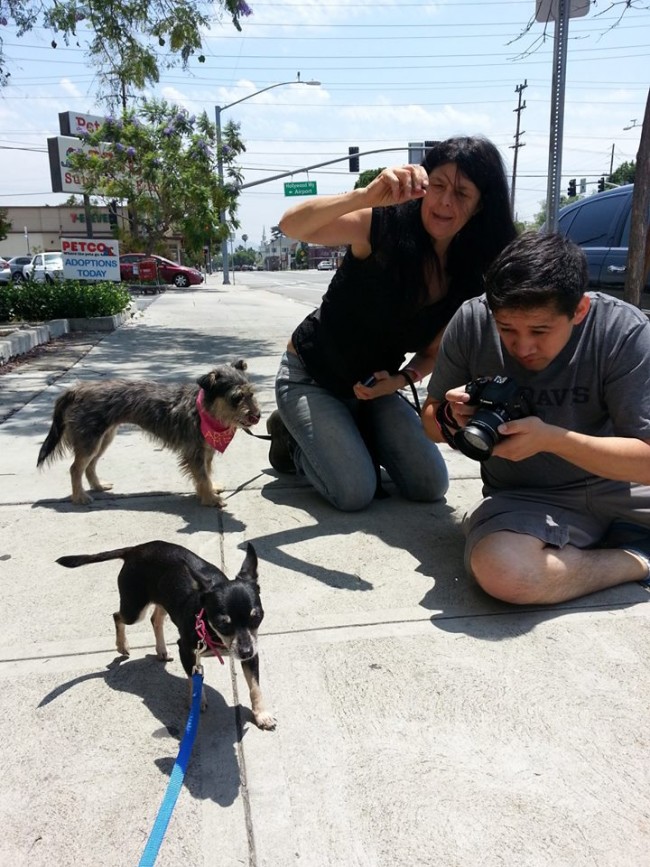 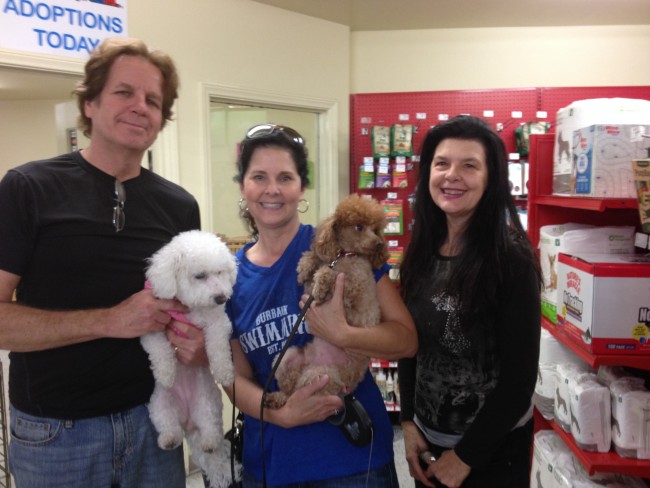 Again, it seems like a simple task, right? Wrong.

Not able to garner enough fosters to take into their home temporarily between adoption events, Amanda and Martin found themselves housing many of the dogs they rescued from the shelters. This meant having to move from their rural city home into a more remote location where having more than a few dogs would go un-noticed, they hoped. After all, they had three dogs of their own at the time.

At their new place, outdoor kennel playgrounds were made, which is great but required extra care and attention and time. So, midst finding dogs to pull from shelters, picking them up, getting them groomed and vaccinated, promoting the adoptable dogs on social networks, finding and coordinating with volunteers, and taking dogs over to their adoption day events, they had to do their own fostering as well.

If that sounds exhausting, that’s because it is. Which brings this story to an ending that really isn’t an end.

Their battles still continue, but in the form of fighting animal shelters who now have strict rules about releasing dogs to animal rescue groups and are holding dogs longer, even if it means they end up on death row.

The struggle to finance their organization also continues, as well as the ongoing attention needed to garner volunteers and fosters. And let me not forget to mention their aggravations with fighting individuals who seek to attack their good deeds by trying to make them the bad guy in adoptions gone wrong.

The thing is, I don’t see them throwing in the towel just yet. As long as there are the lives of dogs that need to be saved, I believe Amanda and Martin will always be there, in one shape or another, no matter what it takes.

They are heroes, in every sense of the word. And that, my friends, is the NOT the end of this untold story.