The MuttShack pup team beat Petco pups at the 1st Annual Pooper Bowl which made its debut last Saturday to a huge and appreciative crowd. 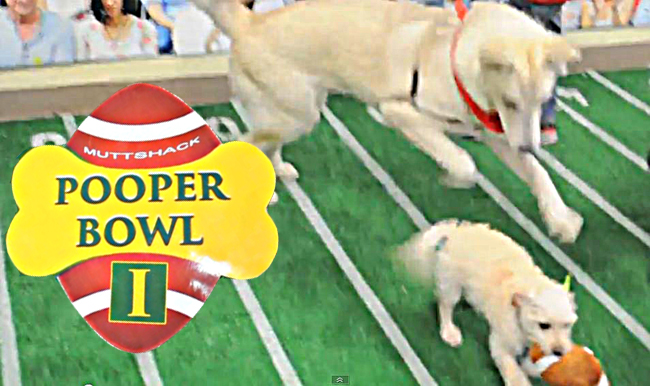 “Pooper Bowl” is a football game played by rambunctious, energetic puppies under 6 months old to the great merriment of dog lovers. Dogs score touchdowns on a 11-by-20-foot gridiron grass carpet when they cross the goal line with a toy football.

Kick off was at 3:00 pm with Martin St. John doing the play by not-play. There were some spectacular touchdowns, great defense on both sides and pandemonium to boot as many randomly left the field and others leaped into the game un-announced. 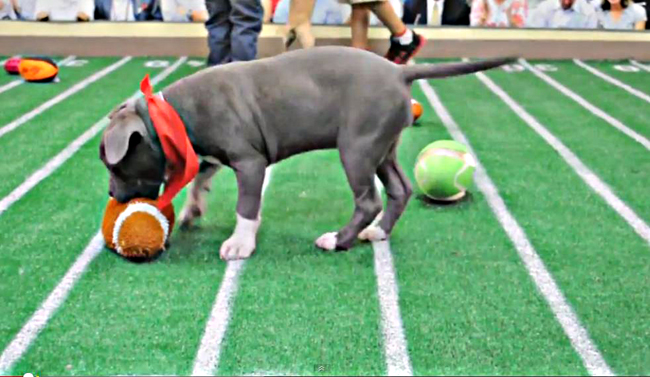 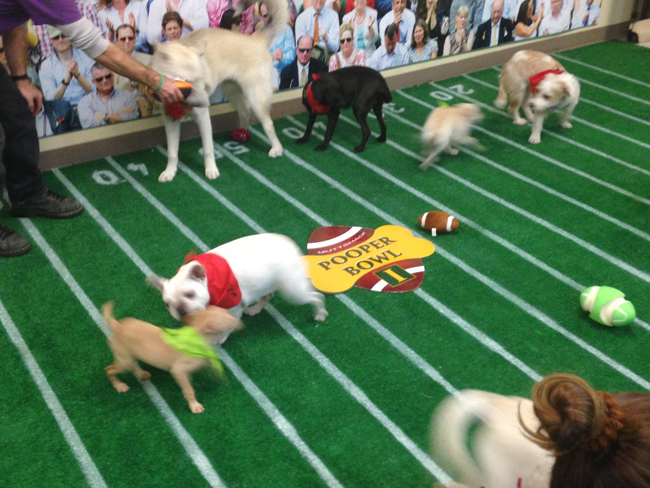 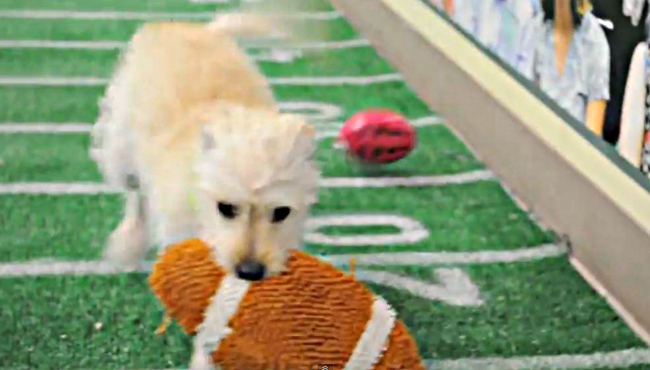 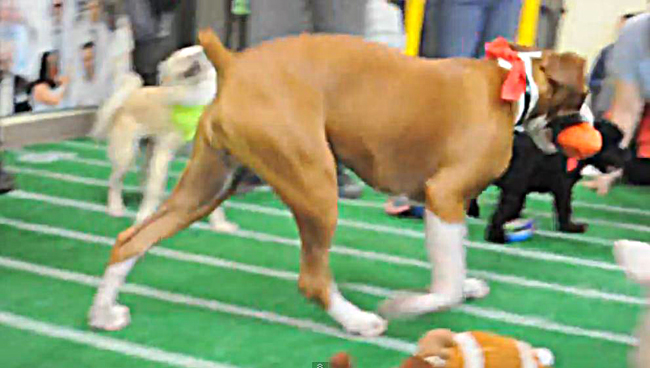 Other pups sat on the sidelines to watch. 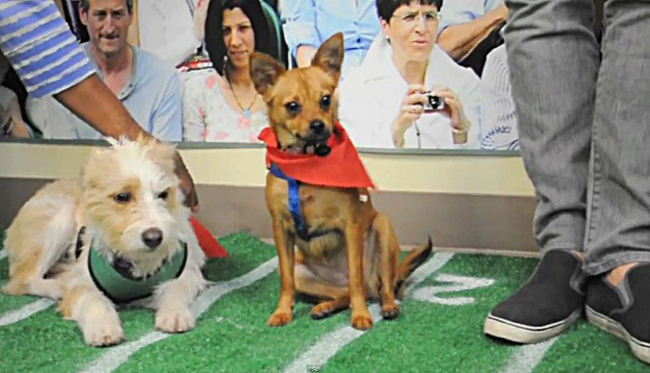 But spoiler alert here…. The Most Valuable Pup awards went to Art and Mazilli (both terriers) who scored two goals each!

Watch the video to see all the fun:

“Promoting this fun event helps us in many ways”, said Amanda St. John, Founder of MuttShack Animal Rescue. “It helps give shelter rescued animals much needed exposure – showing dogs in a happy, playful, fun way, which makes people realize they could have all that fun with a shelter dog too,” she said.

While the puppies on the field were being cheered on by their adopted families, there were others in the Petco Adoptions Room waiting for their own fans to show up. Five were happily adopted. 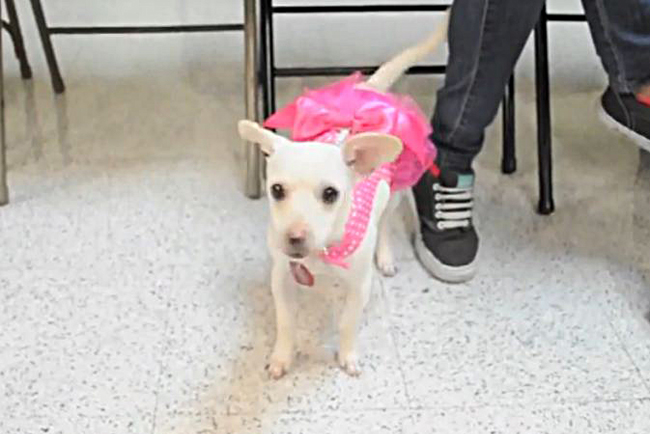 “The point is to show that animals just like the ones at Pooper Bowl can be adopted from any shelter at any time. Shelters and rescues are at capacity, and pet adoption is the responsible way to add to your family,” St. John said.

The game was officiated by Petco Trainer Coach Aracelli Garcia who holds regular and free “Puppy Playtimes” at Petco Burbank. But it’s not all about “playing”. Socializing young dogs is critical to their future temperaments as fun and happy dogs who don’t fight and don’t bite.

“I’m not really a fan of football,” one spectator laughed, “but this is the most fun you can have with your pup” he said. Watching rambunctious, energetic puppies even if a dog falls asleep on its way to the end zone, can be funny. Puppies chosen for the event have to be between 2 months and six months old, healthy (with vaccinations up to date ) and sturdy enough to be on the field with playmates. All breeds are considered because “we try to reflect what’s out there in the adoption world. A lot of those breeds are mixed,” St John said.

The “Pooper Bowl II” will be back next year 2016 on Superbowl weekend. 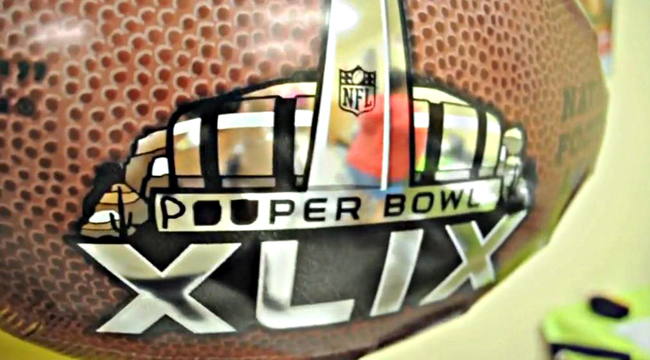